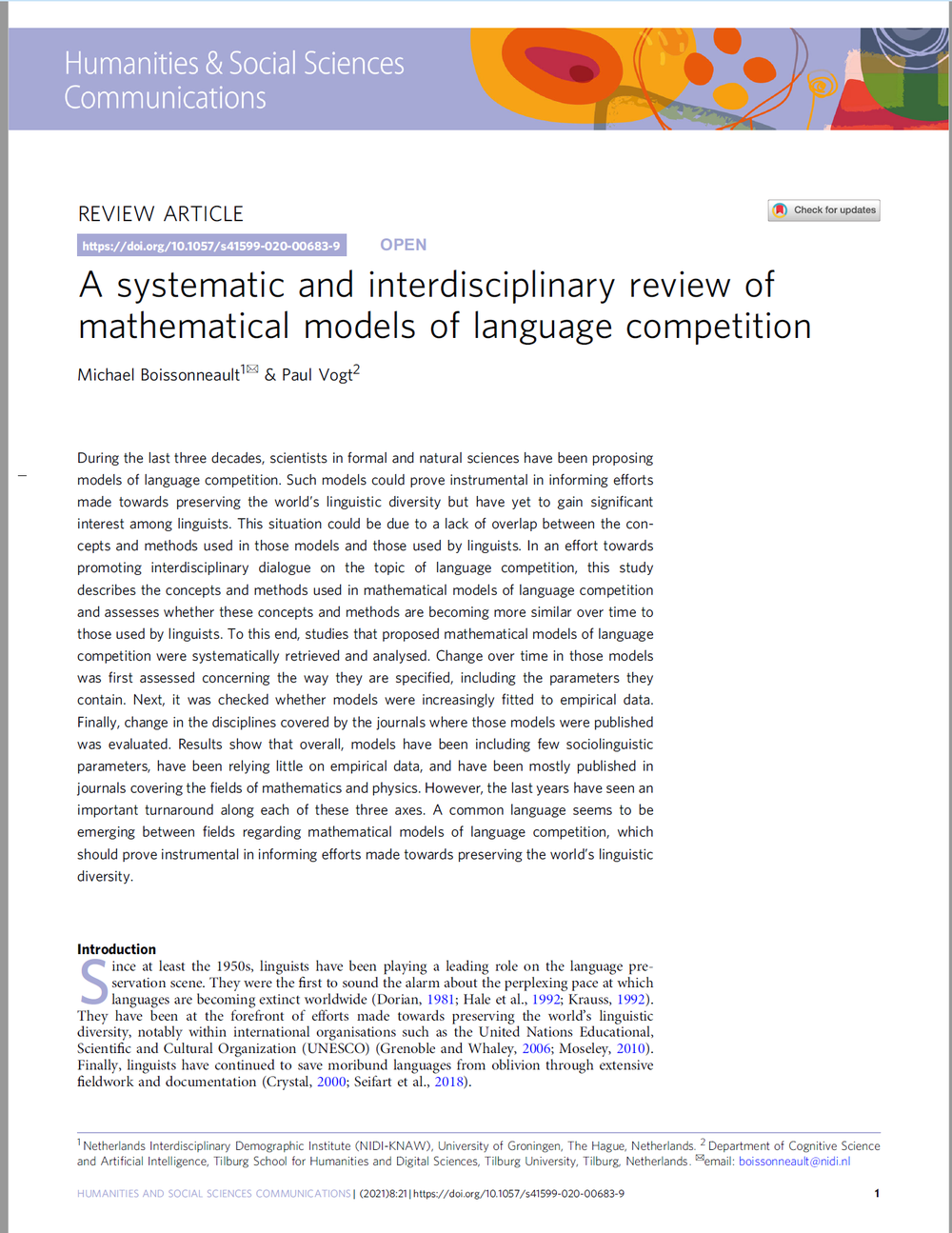 In the January edition of Nature, a comprehensive review of language competition models cites a University of South Wales researcher six times— more often than any other source—and his long-time collaborator, John Hayward, four times.

John Wyburn has worked on the problem of preserving minority languages since graduating at the then University of Glamorgan in 2002. The article notes that his preferred approach, that of system dynamics, is at the same time more accessible and more comprehensive than conventional equations.

“As a Welsh learner, I have a personal investment in a minority language. But I also believe that any language is a complete and irreplaceable model of the world. Every time a language disappears, we lose our grip on another part of what’s real.

“The English language is a magnificent achievement, and I’m proud to have it as my first tongue. But even a Welsh learner will tell you that Welsh articulates some things very differently from English. Most notably, there is no single way to say ‘yes’—the affirmative must be specific to the question asked. This isn’t just a different means of expression, this is a different mindset.

“When you consider that some languages have different qualitative ways of expressing time and distance, you realise the truth of the Spanish adage ‘He who learns a new language acquires a new soul’*.