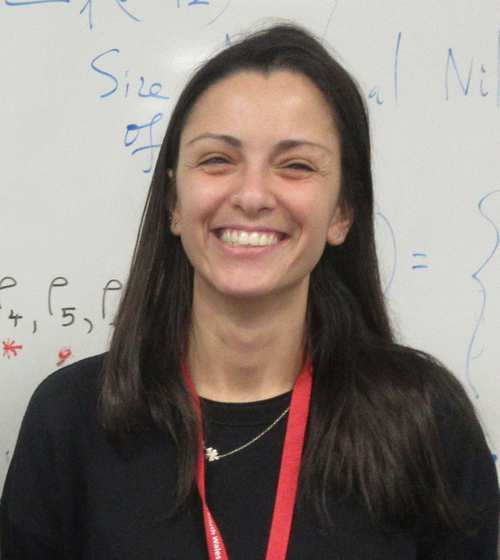 Bianca Loda, a mathematician from Florence, Italy, studied the area of finite group theory, in particular a notion called "relational complexity" which was an idea dreamt up by a famous model theorist, Gregory Cherlin.

Bianca was able to completely describe the finite permutation groups with large relational complexity - this was something that Cherlin had suggested might be possible more than a decade earlier, and Bianca did what Cherlin suggested and much more.

“Bianca’s was really the first result of its kind for relational complexity and represented a pretty significant development in this field of mathematics,” said her supervisor Dr Nick Gill, Associate Professor in Maths.

“Her main result was written up as a paper which is currently being peer-reviewed. There is also a second result which is in preparation and should be released as a preprint by the end of 2020.”

Bianca's viva (in July 2020) was also notable because it was one of the first at USW to be conducted wholly online, and the first where participants were in four different countries (candidate in Italy, supervisor and chair in Wales, examiners in Scotland and England).

“The PhD journey is a continuous challenge,” said Dr Loda, who is now working for a private company in Florence. “The target of the research is not clear from the beginning, you keep learning and building your results step by step.

“It is a source of great satisfaction when you come to the end, especially when you truly believe in your topic and have seen your research published.”